women who created
fashion business how we know it today

Jeanne Paquin – women who changed the rules of  the fashion industry and made the business exactly as we know it now.

Music during the fashion shows, when they used to be called defile, openness to the wishes of customers, collaborations with artists, stores around the world and a black dress as a go-out alternative. Yes, you read right, Coco Chanel was not the first one with a little black dress.

Jeanne  Paquin was always the first who started to deliver pret-a-porter collection to the big department stores. She send young beautiful actresses dressed up in Paquin to the opera or to the horse race for promotional purposes, she started collaborations with the artists.

All this was brought to the fashion industry by Jeanne Paquin, whose name now faded next to the big names Paul Poiret and Garbrielle Chanel. Who was the woman who made the fashion exactly as we know it now?

Jeanne Paquin – maiden name Jeanne Marie Charlotte Beckers- was born in 1869 in the northern suburbs of Paris, her father was a doctor of medicine.

As a young girl, Jeanne got a job at the atelier and succeeded in the sewing so much that in a few years she went from being an apprentice to the main dressmaker at the Rouff fashion house. Unfortunately, not many people in the modern fashion industry remember this exquisite Parisian couture house, which was a serious competitor to Chanel and Schiaparelli.

They had a great success. Paquin dresses rushed to their future owners – aristocrats, daughters and wives of millionaires, famous actresses – across the seas and oceans.

In 1891 she married Isidore-René Jacob-Paquin – this union became a strong business partnership for both of them. Together they opened the Paquin fashion house – in a sense, it was a wedding gift for Jeanne from Isidore. He was a former banker and a businessman – he inherited a men’s clothing store from his parents, and was successfully promoting it. He took upon himself the duties of a manager, and Jeanne got the opportunity to realize all her creative aspirations.

They had a great success. Paquin dresses rushed to their future owners – aristocrats, daughters and wives of millionaires, famous actresses – across the seas and oceans.

In the first decade of the existence, Paquin house opened stores in Madrid, London, New York and of course in Paris.

None of the fashion houses has done this before. And not a single fashion house provided its creations for sale to department stores – but Paquin did not bother.

So she started pret-a-porter, the fashion who we know and consume it now.

In 1900, Jeanne was elected a president of the fashion section at the World Exhibition in Paris. She was responsible for everything – the organization of shows, the design of exhibition pavilions – and the exhibition space created for her was later called the “temple of fashion”.

Jeanne often was aspired by exotic cultures – she created empire inspired collections and adopted a cut of a traditional Japanese costume.

Jeanne said: “Fashion should be constantly updated, not showing weakness or fear, and do it with boldness.”

However, Jeanne Paquin, active and agile, understood that the life of women was changing dramatically. She proposed clients to wear pleated skirts made of durable thicker fabric, resistant and comfortable for traveling in public transportation, a dress with a drape that could be worn both in the afternoon and in the evening, by changing only the accessories.

She drew attention to how passionate clients were with “lame skirts” by Poiret – so narrow that they could only walk in small steps. But she found them completely unsuitable for modern women – and reworked the model invented by her rival colleague, providing hers with hidden folds – so the silhouette remained relevant, without restricting the woman.

She herself preferred long twill suits – it was convenient to work in them.

A couple of decades before women began to drive cars on a more or less regular base, Jeanne already created dresses for elegant motorists – practical and comfortable. She developed multifunctional clothes for sports, hunting and travel, in which “it was not a shame to appear in a restaurant”.

“She is the most commercially successful artist of the living”, wrote fashion commentators about her back in that times. 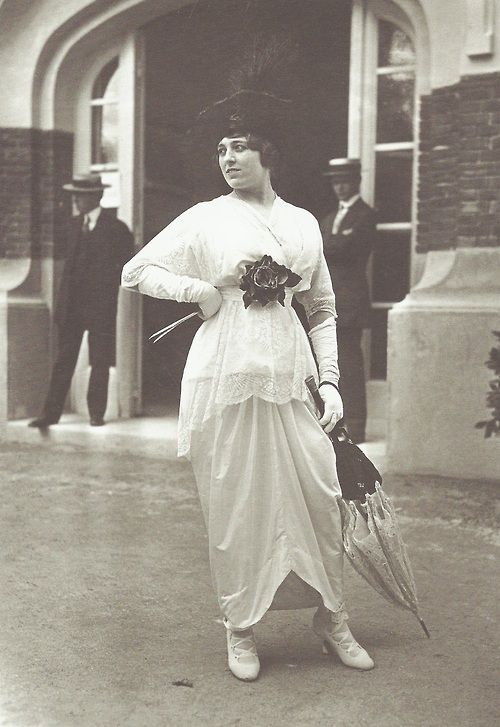 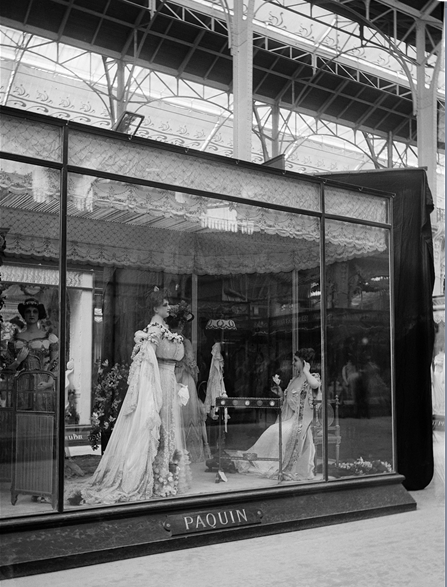 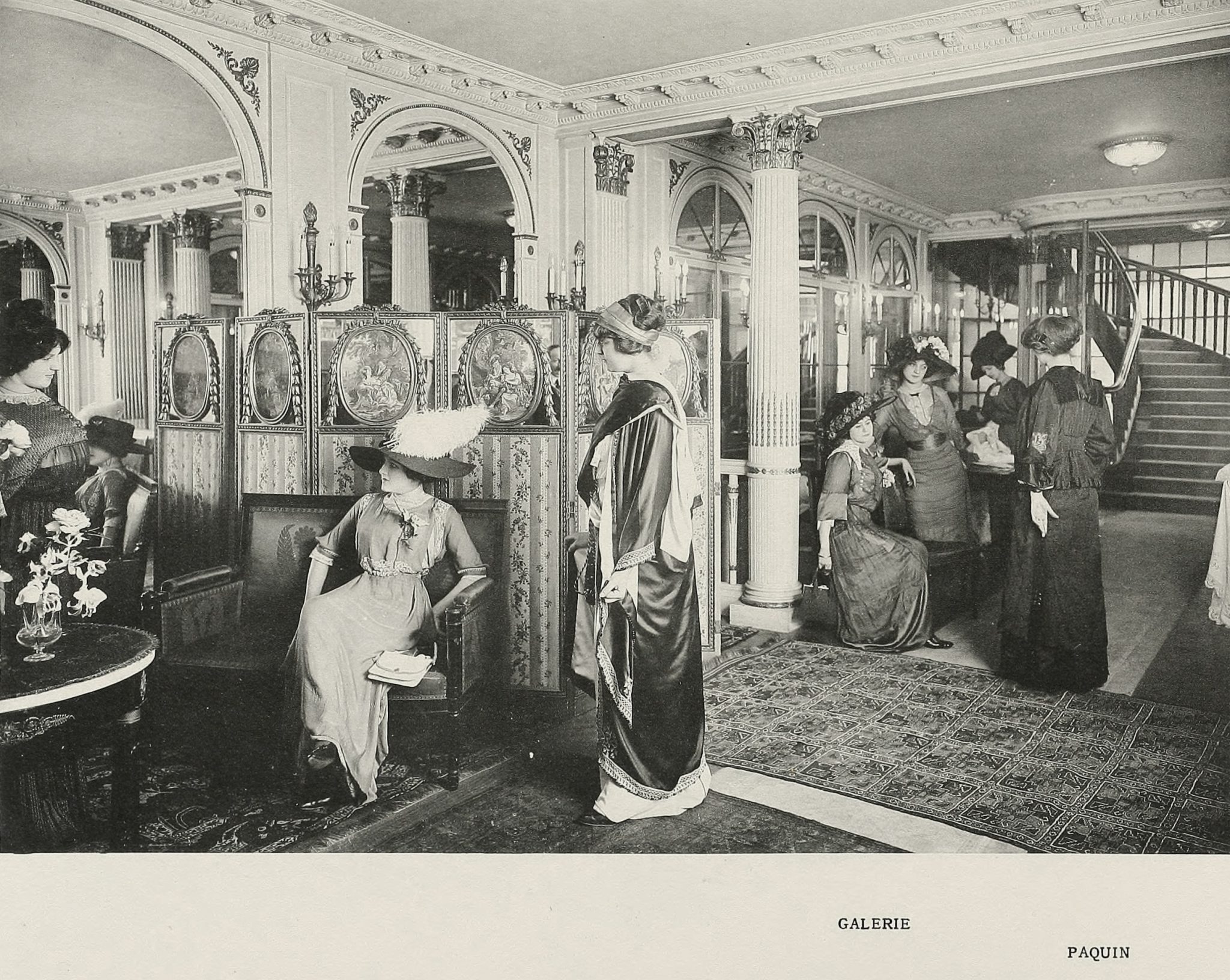 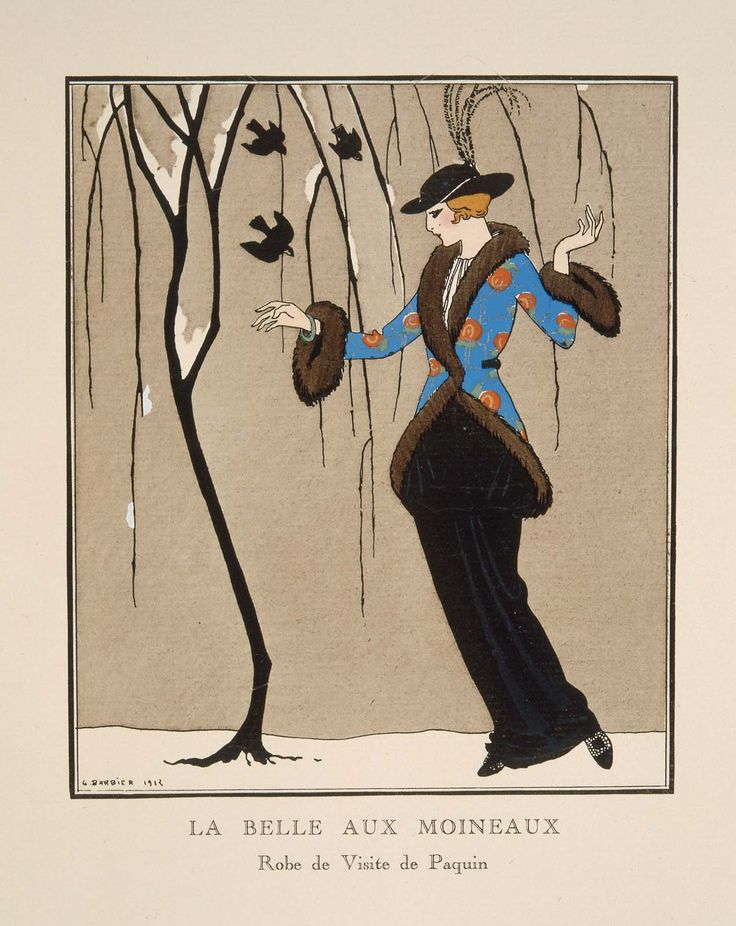 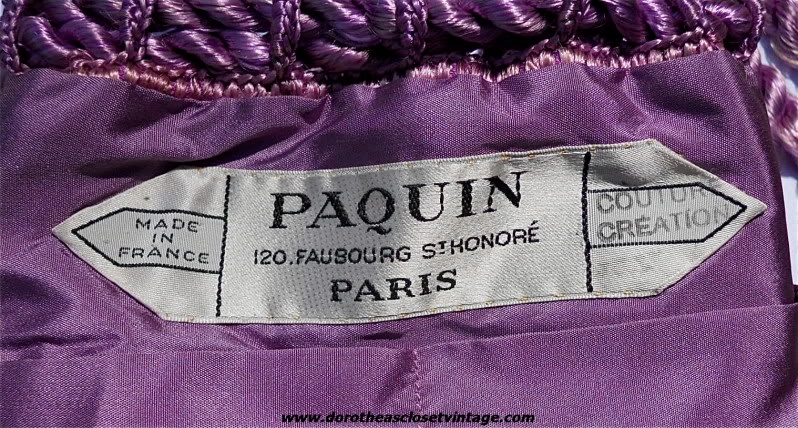 It was Jeanne Paquin, not Coco Chanel, who brought black to the fashion scene. At that time black was considered mournful.

At the same time, Paquin was not a cold-blooded capitalist yet a very smart businesswomen . Once, together with her husband, she bought a luxurious villa outside the city. She used it to as a retreat / resting house. She sent her employees to have a vacation there. When in 1917, fashion industry workers staged a strike in Paris, Jeanne joined the strikers – which brought on her dissatisfaction of other fashion designers.

In 1907, Isidore died suddenly. He was only forty two years old. The heartbroken Jeanne (since then she only wore black and white, rejecting color as a sign of mourning) was supported by her stepbrother and his spouse – together they managed to keep the business working. Jeanne headed the fashion house Paquin until 1920 – but even after her retirement “work”did not stop – Madeleine Wallace and other creative women, inspired by her example, replaced Jeanne. It was in the house of Paquin in London that another future revolutionary of the fashion industry, Madeleine Vionnet, gained experience.

However, Jeanne, having retired, did not get bored – she married again spent her last years with French diplomat Jean-Baptiste Noulance.

Tenacious, strong when it came to work and creativity, Jeanne was very modest in life, she did not arrange big loud parties, rarely appeared at the society events, did not scream to the whole world about her talent. It seems that this is one of the reasons why the great role of Jeanne Paquin for the fashion industry was forgotten for many years.

Her fashion house survived another twenty years. Her achievements have remained in the fashion world forever – and have become so familiar that it is difficult for us to imagine fashion before Jeanne Paquin. 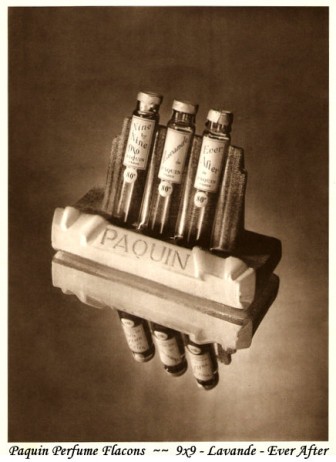 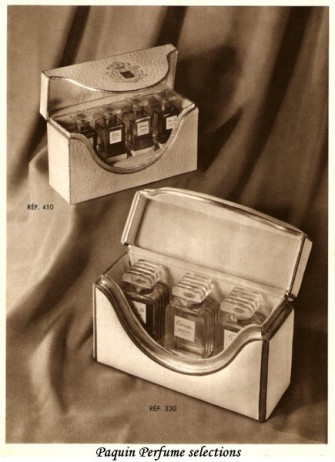 Madame Paquin created dresses made of chiffon and velvet, trimmed them with fur and embroidery, but never she was  a dreamer, her designs were intended for a woman who does not play the role of an interior doll, but achieves success every day.

Paquin was able to take care of her own interests – the history knows many of the claims of Paquin’s house against the competitors who stole her designs.

She was also the first female designer to receive the Legion of Honor. “I just want justice, I want that it docent matter in which field a woman works, her merits would be recognized,” she said in her response speech.

Paquin also came up with what is now called “collaborations” – she began to collaborate with artists and architects to create her collections, for example, created a number of costumes according to the sketches of Leon Bakst.

She was at the forefront of the modern style, which changed European  and American design.

Jeanne was also the first Jeanne, who sent the models „into the public.” Girls in dresses from Jeanne Paquin walked along the Longchamp Race course in the Bois de Boulogne among the luxuriously dressed crowd.

Fashion shows of house Paquin were held at the Royal Theater in London – where she started another innovation which is now common and ordinary. Usage of music during the defile has never been done before.

Stay in touch for Updates and more.